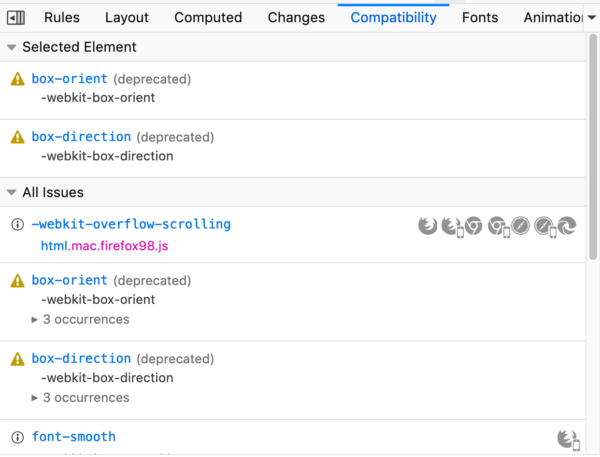 The DevTools compatibility panel will ride the trains! 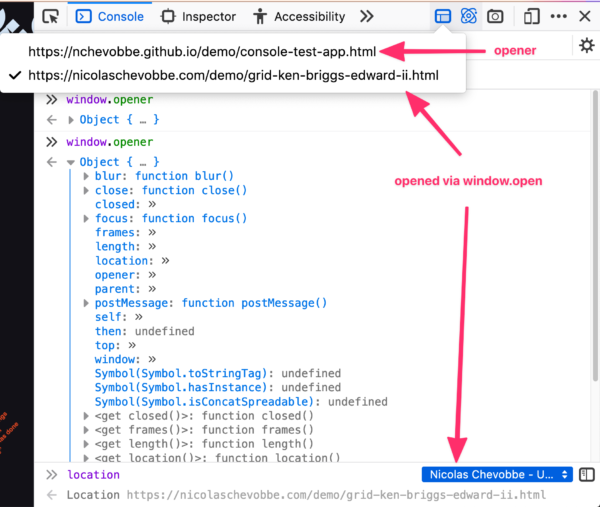 We can now see and navigate across new tabs in DevTools!

Event listeners can now be disabled from the Inspector Event Tooltip in Browser Toolbox. 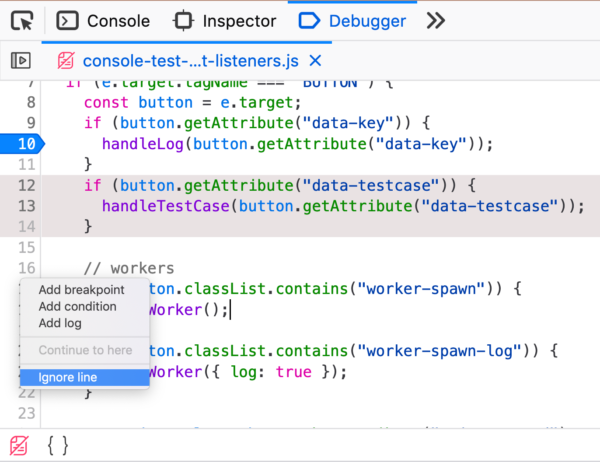 A new context menu entry in the DevTools debugger has been added for ignoring specific lines of code!