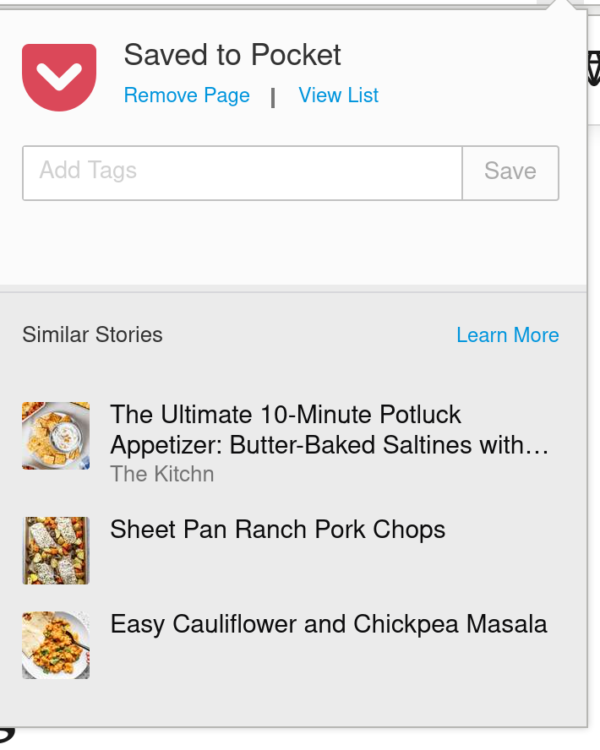 The “Saved to Pocket” doorhanger is open. A “similar stories” section is open at the bottom with articles about cooking.