FOSDEM is a two-day event organised by volunteers to promote the widespread use of free and open source software.

Every year in February, Mozillians from all over the world go to Belgium to attend Fosdem, the biggest Free and Open Source Software event in Europe with over 5,000 developers and Free Software advocates attending.

Mozilla has its own Developer Room and a booth and many or our projects were presented. A significant part of the Firefox Release Management team attended the event and we had the opportunity to present the Firefox Nightly Reboot project in our Developer room on Saturday to a crowd of Mozillians and visitors interested in Mozilla and the future of Firefox.

Here are the slides of my presentation and this is the video recording of my talk:

With Mozilla volunteers (thanks guys!), we also heavily promoted the use of Nightly on the Mozilla booth over the two days of the event. 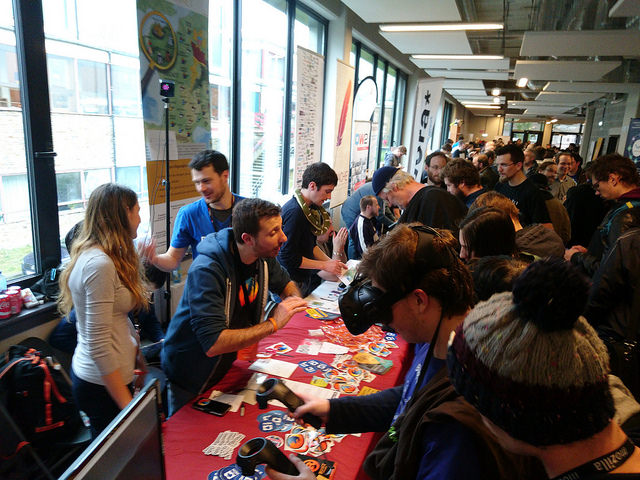 We had some interesting Nightly-specific feedback such as:

In a nutshell, this event was really great, we probably spoke to a hundred developers about Nightly and it was almost as popular on the booth as Rust (people really love Rust!).

Do you want to talk about Nightly yourself?

Of course my slides can be used as a basis for your own presentations to promote the use of Nightly to power users and our core community through the open source events you participate in your region or the ones organized by Mozilla Clubs!

The slides use reveal.js as a presentation framework and only need a browser to be displayed. You can download the tar.gz/zip archive of the slides or pull them from github with this command:
git clone https://github.com/pascalchevrel/reveal.js/ -b nightly_fosdem_2017

Leave a Reply to Mehmet Keçeci