Be sure to check the “native allocations” checkbox in the profiler settings! 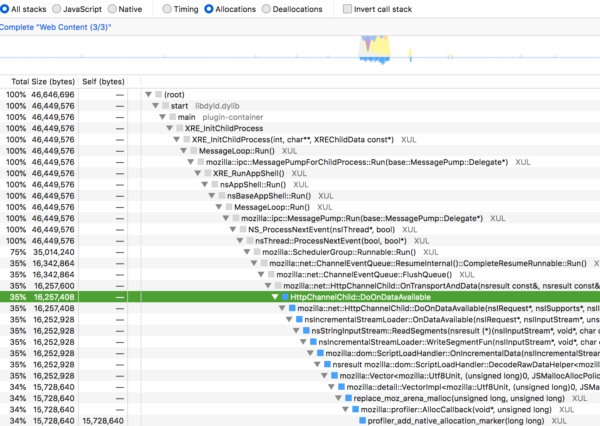 Allocation stacks in the call tree